On October 19, AUTOPILOT project results were presented to the seaport industry and to public and private bodies involved in the regulation of autonomous driving on a large scale, such as cities, rail yards, or seaports in a public event hosted at the cruise ship terminal of the Port of Livorno.

Livorno is in fact the Italian Pilot Site of AUTOPILOT, which is testing new intelligent driving services with the objective to connect every type of car and heavy vehicle to the port and road infrastructures of the Tuscany Region, in particular Fi-Pi-Li highway, connecting the cities of Florence, Pisa and Livorno.

The event and the AUTOPILOT testing gained great attention from the Italian press, especially from the newspaper Il Tirreno.

After almost two years, the pilot project is back to put down roots in Livorno

The “dialogue” between vehicle tools and sensors placed along the roads 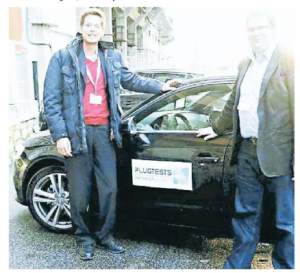 November 2016: Two researchers with the intelligent car before driving on Fi-Pi-Li highway

The harbour is testing 5G hyper-net. Here is the extra asset for competitiveness

During these days, a high-tech project dealing with automated driving on the one hand, and 5G hyper-connectivity on the other is in the spotlight at the cruise terminal. Both automated driving and 5G represent a leak in the next near future but the implementation of 5G in the harbour could also be the key to regain competitiviness and overcome the physical limits of the seaport hindering traffic. 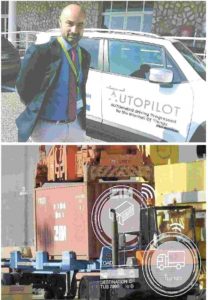