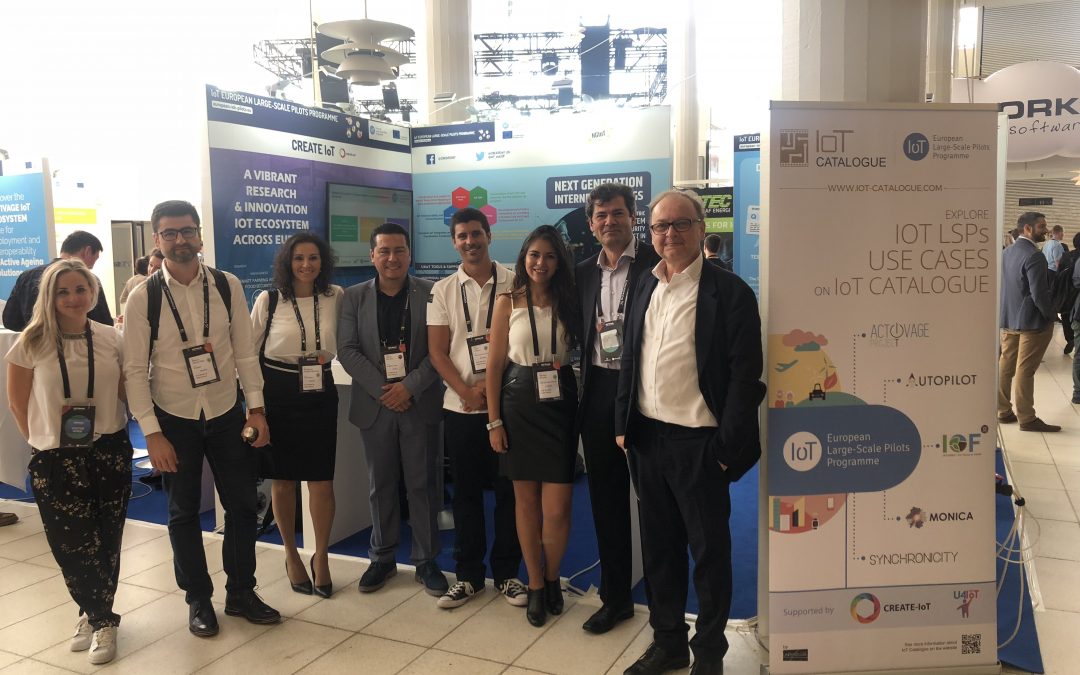 The IoT Large-Scale Pilots projects were actively present during the IoT Week 2019 held in Aarhus between 17-21 June, 2019.

Just at the entrance of the event venue in Musikhuset, the participants found directly the 42m2 area of the IoT LSPs booth, providing a common vision of the Programme and offering all kind of material and information regarding the LSPs activities and achievements. CREATE-IoT, together with U4IoT, supported the LSPs by offering attendees information and material, as well as showcasing all the Programme achievements thanks to different videos running during all week on the booth screen.

The participation of CREATE-IoT partners to the event was also very intense, as demonstrated by more than 30 sessions in which the partners have participated, in many cases directly organising or moderating them. Some of the topics addressed during the sessions were, among the others:

Different dissemination activities were implemented, more than 26 interviews to representatives of the EC, IoT LSPs and the IoT community present at the event were realised. It is worthwhile to be mentioned that CREATE-IoT was the most popular Twitter account during the Iot Week 2019. The IoT Handbook was successfully launched, the IoT Catalogue was presented and many other actions and interactions with the IoT ecosystem were carried out during this intense week.

As usual, after each event, pictures from the sessions as well as the videos and interviews are available in the IoT LSPs web page.